In 970AC, astronomers warned that a plague was on the horizon, and the signs soon set in, heat rising from the shores of the Whispering Willows to the mountains of Dragon's Peak. The long drought would last until 1004AC, almost forty years afterwards. 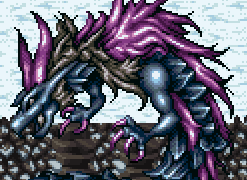 In search of a temple that housed a relic capable of helping to fend off the effects of the drought, an undertaking by Magnus Brakkacia, Maia Hirano, and Astoria Hirano was taken... And by the end of their quest, a low valley in the Wychwood was flooded with water to create a massive lake. Following this, rampant growth revitalised the Wychwood with fresh waters and torrential rains, centered around the region- a flash of Asena herself sighted by the Azraelites. The magic eventually wore off, but it was one of many things to come. Ookami began to gather in this particular region, led by Lara Kien, a swordswoman.

Expedition into the Whispering Willows, 1000AC

The City of Loranthis was founded, said to be named by Azrael himself through the Ear, built from the ruins of Danarium, led by Calliope Kastra. At the demand of battle, the Ookami of Lara Kien, calling themselves the Gravekeepers, clashed with the Viridian with a call from Nostvale to kill their magi and raze their cams. Fires tore through the Wychwoods west of Loranthis, shattering, slaughtering, and destroying the culture and clans of Ookami hidden within their depths. Tragedies struck both sides of the battlefield, the most prominent one being the death of King Maia Hirano at the hands of the Gravekeepers' Beta, Lara Kien.

Retrieved from "https://eterniaroleplay.fandom.com/wiki/Great_Drought?oldid=8275"
Community content is available under CC-BY-SA unless otherwise noted.